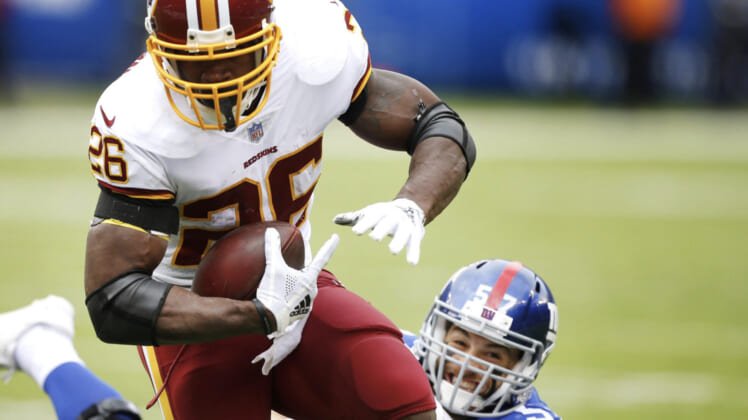 It’s quite remarkable that Adrian Peterson had to wait until the preseason to find a job. One of the game’s best ever at the running back position, most figured the future Hall of Fame back was washed.

Even at 33 years old, Peterson continues to show he has a whole lot left in the tank. He entered Week 8 having put up 582 total yards and three touchdowns in six games.

This excellence continued against the lowly New York Giants on Sunday. That included a 64-yard touchdown run late in the fourth quarter to ice Washington’s fifth win in seven games to start the season.

It was simply an amazing run for the aging back. And it showed us that Peterson is nowhere near done.

This represented Peterson’s second touchdown of the game. He had previously caught an Alex Smith pass for the Redskins’  first score of the afternoon.

Following this run, Peterson’s yardage total climbed to 156 yards in the game. He’s now on pace for nearly 1,700 total yards and 11 scores on the season. That’s just crazy.