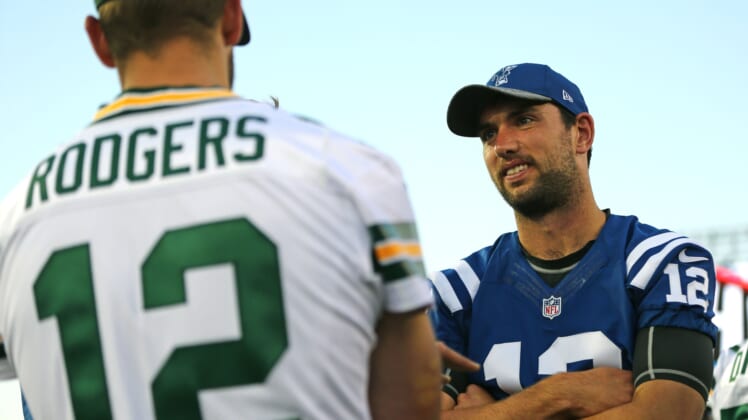 Andrew Luck’s decision to retire from the NFL this past Saturday night has been a major talking point around the league.

Despite dealing with numerous major injuries, Luck was still in the prime of his career when the talented quarterback decided to call it quits.

The shocking move led to certain Colts fans booing Luck off the field following their preseason game Saturday night. That has also been the talk of the league.

This is a very level response from Rodgers. He knows full well the physical toll football takes on quarterbacks. As the former league MVP notes, he’s been on injured reserve twice and knows the emotional toll that it also takes on a player.

Luck’s decision to move on from the game comes after he missed the entire 2017 season to a shoulder injury and was dealing with other injuries this offseason that kept him off the practice field.

Fans should be better than what we saw in Indianapolis this past weekend. Rodgers points to players having interests outside of the game of football. They are humans. They have families to tend for. Mr. Luck is no different in this regard.