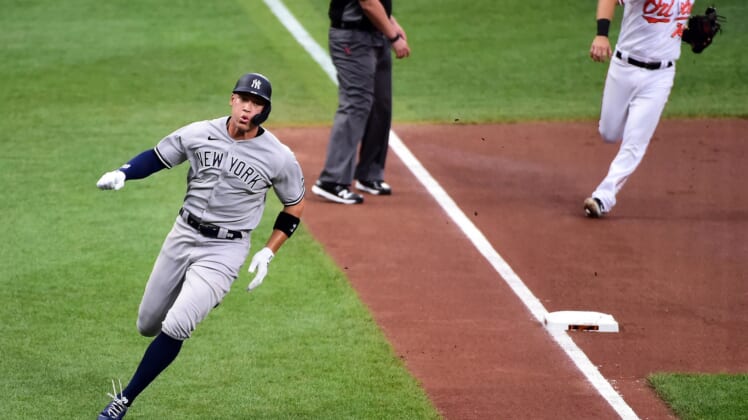 Baltimore Orioles pitchers were sick and tired of the New York Yankees last season. Through just a couple games this season, that same thing rings true.

With Baltimore up 6-5 in the top of the ninth inning Thursday evening, Aaron Judge took to the plate against reliever Cole Sulser with two on and one out.

The outcome was about as predictable as it gets.

Yes, that’s a three-run go-ahead homer from Judge, his second in as many games against Baltimore.

Judge has now hit 17 homers in 52 career games against the Orioles. This amounts to 53 homers over a 162-game slate. Is that good?

New York would go on to defeat Baltimore, 8-6, with Judge’s homer acting as the difference.