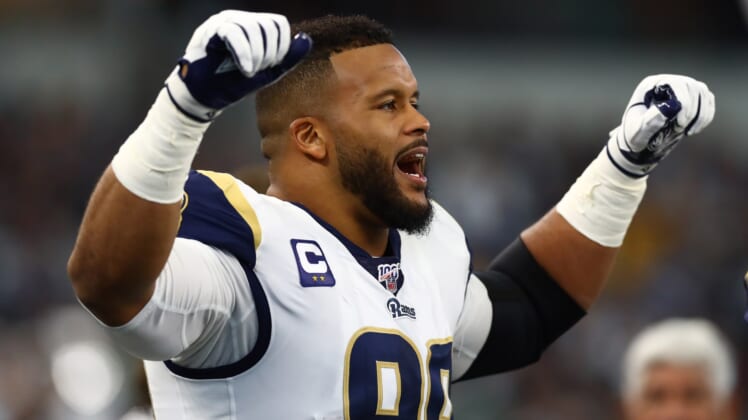 Los Angeles Rams defensive tackle Aaron Donald has been a force since the moment he stepped on a football field. Of course, it’s easy to understand why after watching the All-Pro’s latest workout video.

While preparing for the 2020 NFL season, Donald hit the weight room and showed everyone he can push weights around just as easily as he shoves offensive lineman.

Of course, working out isn’t the only thing Donald has done since the offseason started. He went back to the University of Pittsburgh and earned his degree.

The off-field accomplishments are just as impressive as Donald’s stats and trophy case. He has recorded 117 tackles for loss, 92 quarterback hits and 72 sacks in his first six seasons.

Given those numbers, it’s easy to see why he is a two-time NFL Defensive Player of the Year selection and was named first-team All-Pro in each of the past five seasons.