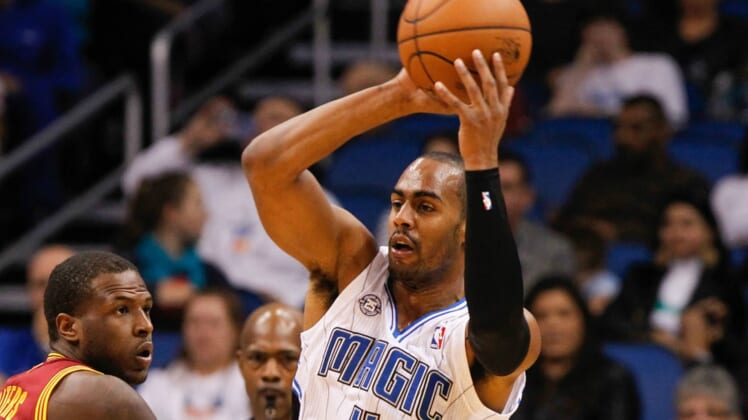 Orlando Magic guard Aaron Afflalo was not happy with Nemanja Bjelica Tuesday night as the Orlando Magic took on the Minnesota Timberwolves.

In fact, he was so unhappy he ended up throwing a massive haymaker at Bjelica, who did what he could to stop him from throwing more.

Aaron Afflalo threw a nasty punch at Bjelica, who put him in a headlock to stop it right there pic.twitter.com/0zAKOb3r1v

Both players were ejected. But looking at these replays it’s clear Afflalo was the only one who should have been tossed.