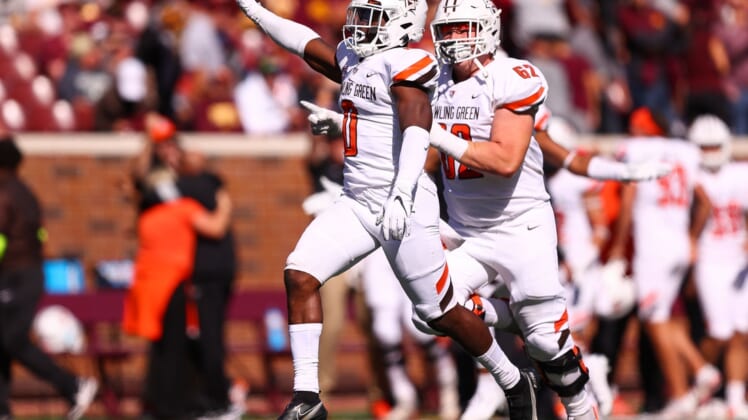 It is the biggest upset since Texas State, a 34.5-point underdog, won at Houston in 2012, according to ESPN.

The win was also the Falcons’ first over a Big Ten opponent since 2015 and Minnesota’s first loss to a Mid-American Conference team since 2010.

The Falcons (2-2) defeated Minnesota (2-2) by limiting the Golden Gophers to 59 yards passing. Minnesota quarterback Tanner Morgan completed only 5 of 13 passes and was intercepted twice.

The first came when Devin Taylor picked off a pass with 2:13 at the Bowling Green 35-yard line.

The Falcons kept possession until having to punt the ball with 23 seconds remaining.

Minnesota, which trailed 7-3 at halftime, had only 94 yards on 34 plays to that point. The Golden Golphers finished with 241 total yards behind Trey Potts’ 141 yards on 27 carries.

Midway through the second quarter, the Golden Gophers’ lack of execution cost them a turnover on downs after going for a first down on a fourth-and-1 play at the their own 29.

Trey Potts was stopped five yards behind the line by Billie Roberts. 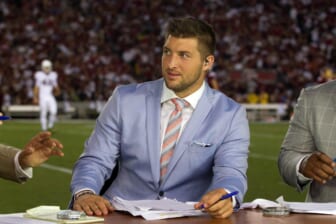 Four plays later McDonald rushed for a 1-yard touchdown with 6:19 left in the second quarter to give Bowling Green a 7-3 lead.

Minnesota scored in its first possession of the second half, a 57-yard drive that included five straight rushes by Potts for 23 yards.

Cole Kramer capped the possession with a 19-yard touchdown run to put Minnesota ahead 10-7 with 11:00 left in the third quarter.

After Minnesota’s Matthew Trickett missed a 52-yard field goal with 4:31 left in the third quarter, Bowling Green put together a go-ahead drive.

McDonald had an 18-yard run, and his 33-yard completion to Taron Keith set up his 3-yard scoring run with 31 seconds left in the third quarter to give Bowling Green a 14-10 lead.