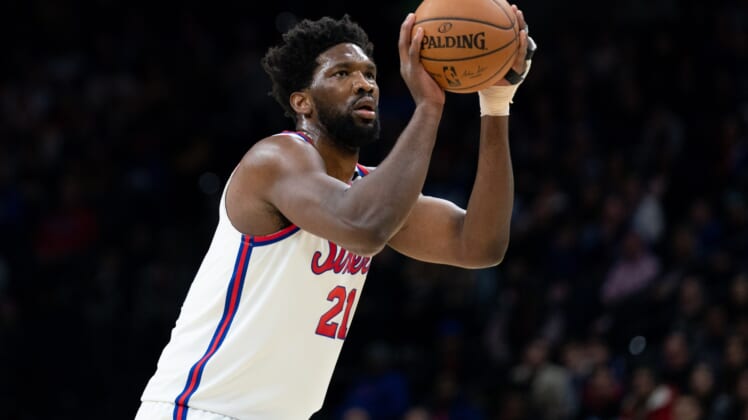 The Philadelphia 76ers came into the season with expectations for greatness. Now in a season filled with turmoil, the fans appear to be turning on All-Star center Joel Embiid.

Just days after Embiid trolled the team’s own fans at the Wells Fargo Center, the fans dished it right back at him on Tuesday night. When the team announced its lineup before the game, fans unleashed boos on Embiid.

It’s hard to blame fans for taking their frustration out on Embiid. The 76ers currently hold the No. 5 seed in the Eastern Conference and are closer to dropping to the No. 7 seed than they are climbing back into a top-two seed.

Meanwhile, reports are already emerging that Embiid could potentially be moved and head coach Brett Brown might be on the hot seat. While sports fans in Philadelphia know how to show love for their favorite player, it isn’t unconditional. If this team continues to struggle and Embiid keeps taking shots at the fans, they won’t hesitate to turn on him.