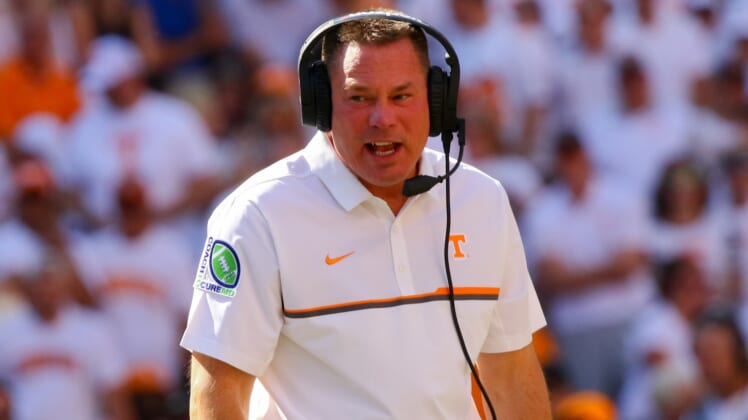 Just when it seemed Tennessee was out of it, a tremendous hustle play by the defense pulled the Volunteers right back in Saturday’s game against the Florida Gators. Running back Malik Davis appeared to be headed to the end zone for a 74-yard touchdown run. Then he was caught from behind and fumbled the ball through the end zone, but officials ruled it a touchdown.

as i was saying pic.twitter.com/ovIjtyO1eS

After review, the officials correctly determined that Davis had fumbled the ball right before the goal line.

Instead of a touchdown, the Gators turned the ball over and gave the Vols another lease on life, up 13-3 instead of being up by potentially 17 points. Tennessee proceeded to march right down the field, going 80 yards to score a touchdown and pull within three points.

Talk about a momentum busting play.