WATCH: 49ers’ D.J. Jones with most impressive sack of the season 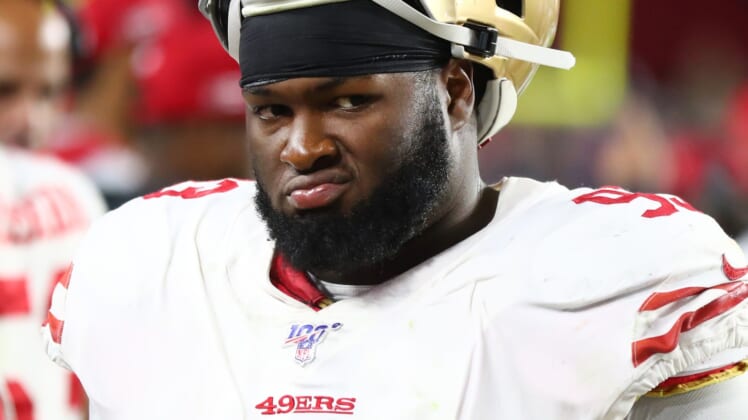 Russell Wilson didn’t even have time to blink. That’s how fast D.J. Jones got to him on Seattle’s first drive of the game Monday night.

Watch as Jones absolutely chucks the center, Joey Hunt, out of the way and was all over Russell on this 3rd-and-2 play.

With the edge rushers being as dangerous as they are, what Jones brings inside is just not fair. It was his second sack of the season and he’s coming on strong as a rotational interior lineman for this defense.

The drive was over before it ever began, and the 49ers got the ball back in the first quarter, up 3-0.