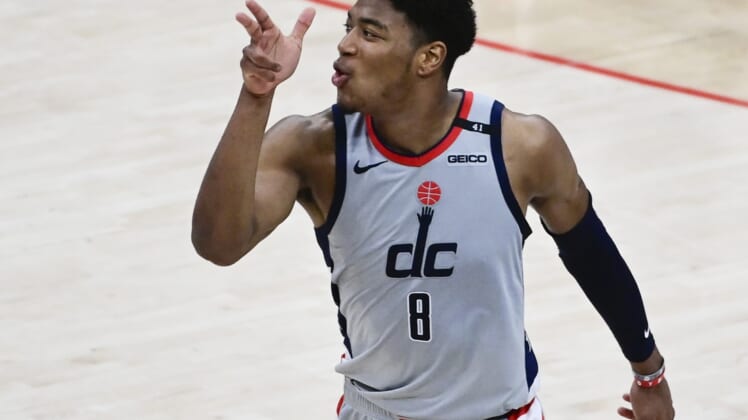 May 31, 2021; Washington, District of Columbia, USA; Washington Wizards forward Rui Hachimura (8) reacts after making a three point shot in the second half against the Philadelphia 76ers during game four in the first round of the 2021 NBA Playoffs. at Capital One Arena. Mandatory Credit: Tommy Gilligan-USA TODAY Sports

Washington Wizards forward Rui Hachimura is out indefinitely with an excused absence for personal reasons, The Athletic reported Saturday.

The Wizards open their first training camp with new head coach Wes Unseld Jr. on Tuesday. Their first preseason game is on Oct. 5 at Houston and their regular-season opener is on Oct. 20 at Toronto.

Hachimura, 23, was the No. 9 overall pick in the 2019 NBA Draft out of Gonzaga and is entering his third season in the nation’s capital.