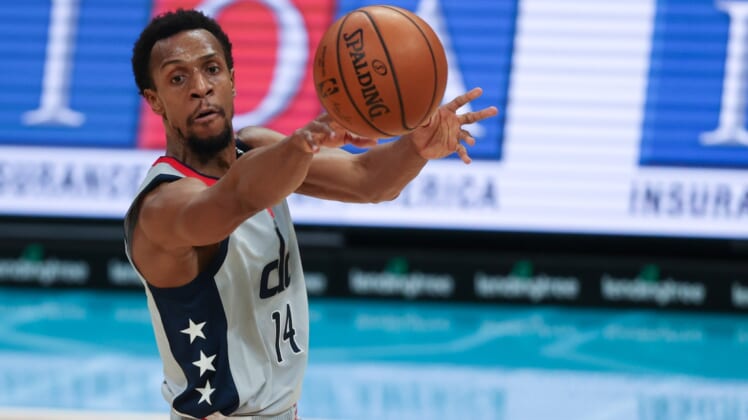 The Washington Wizards will be without guard Ish Smith for possibly the next two months, the team announced Wednesday.

Smith (right quad) was ruled out for “6-8 weeks” due to the injury, the club said in a statement. Smith was injured in a home loss to the New York Knicks on Friday and missed the Wizards’ next two games.

Smith, 32, is an 11-year NBA veteran and has averaged 5.2 points, 3.5 rebounds and 4.7 assists per game in 19 contests this season with the Wizards, his second in Washington.