Washington Wizards center Daniel Gafford to have MRI on quad

Washington Wizards center Daniel Gafford will undergo an MRI on his quadriceps Thursday after a collision forced him to leave Wednesday night's game in Boston.

The team announced Gafford suffered a quad contusion during the Wizards' 116-107 win over the Celtics.

Gafford collided with Boston forward Jaylen Brown and crumpled to the floor. He had to be helped off the court and headed straight for the locker room. He did not return.

The Wizards signed Gafford to a three-year, reported $40.2 million extension on Oct. 19. He will be under contract through the 2025-26 season. 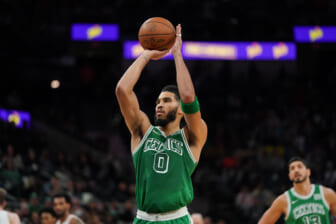