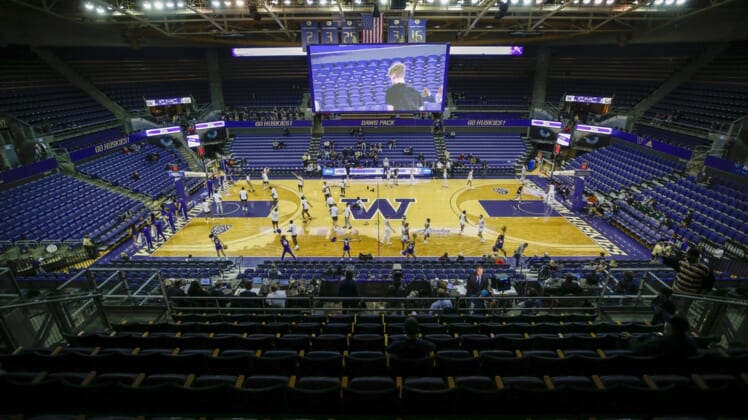 Terrell Brown Jr. scored 18 of his 21 points in the second half to help Washington rally to a 64-55 victory over California in Pac-12 play on Wednesday night in Seattle.

Nate Roberts contributed 10 points and 12 rebounds as the Huskies (7-7, 2-2 Pac-12) won for the third time in their past eight games. Washington senior Daejon Davis matched his career best of six steals and also had eight points and seven assists.

Brown scored seven points during a 15-0 run that saw Washington turn a four-point second-half deficit into a 11-point lead with 3:37 remaining.

Brown scored five points during a 37-second stretch to give the Huskies a one-point with 6:35 left. PJ Fuller made two free throws and Brown hit a turnaround jumper to make it 56-51 with 5:07 to play.

Fuller drained a 3-pointer and Roberts slammed home a dunk as part of a three-point play to give the Huskies a 62-51 advantage.

The Golden Bears led 38-29 after a basket by Jarred Hyder with 18:06 remaining in the game.

Cal made eight straight field-goal attempts and nine of its last 10 to end the half.

Washington led 21-13 after a dunk by Davis with 8:09 to go in the half before the Golden Bears’ spurt.