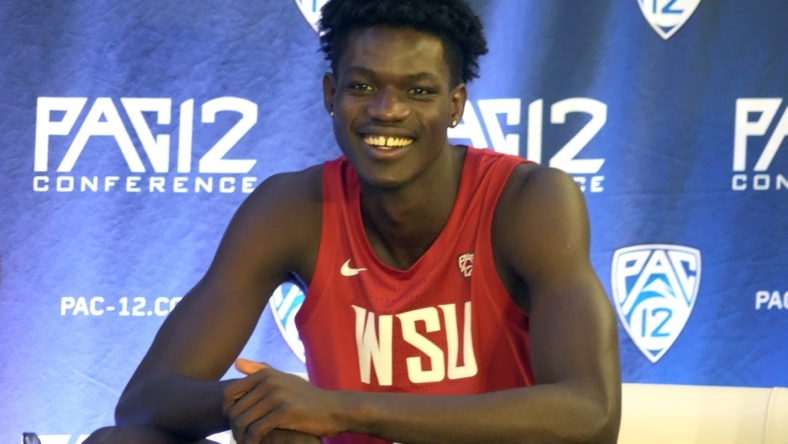 This season, the Bobcats and Cougars hope to make the big dance.

The teams open the 2022-23 season Monday in Pullman, Wash., with both trying to snap extended NCAA droughts.

WSU hasn’t been to the NCAA Tournament since 2008, while Texas State’s last trip came in 1998.

The Bobcats went 21-8 last season and won their second consecutive Sun Belt championship, but were bounced from the quarterfinals of the conference tournament and then lost to North Texas in overtime in the opening round of the NIT.

“For me it’s unfinished business for us,” Bobcats coach Terrence Johnson said. “We have to control the controllables and at the end of the day, we have to play the game that is in front of us. Our guys do feel a certain way on how (last season) ended. I certainly expect that to be at the forefront of our minds moving forward … when you come up short you want to focus on doing better the next year.”

Senior guard Mason Harrell, who is fifth in school history in assists and has scored more than 1,000 career points, will be the team leader.

The Cougars went 22-15 last season and made it to the NIT semifinals at Madison Square Garden in New York before falling 72-56 to Texas A&M.

WSU coach Kyle Smith will need to revamp the roster due to graduations, transfers and medical issues – center Dishon Jackson (unspecified) and guard Myles Rice (Hodgkin’s lymphoma) are both out indefinitely.

The Cougars’ only returning starters are guard TJ Bamba and forward Mouhamed Gueye. Bamba averaged 7.7 points and 3.4 rebounds per game last season, while the 6-foot-11 Gueye had 7.4 points and 5.2 rebounds and was named to the Pac-12’s all-freshman team.

“This year’s goal: Make the NCAA Tournament,” Bamba said. “We’re all locked in. We all understand it’s going to take a lot of hard work, a lot of discipline and attention to detail. As long as we’re willing to put in what needs to be put in, we’ll be good.”