Redskins not ruling out QB at No. 15 overall 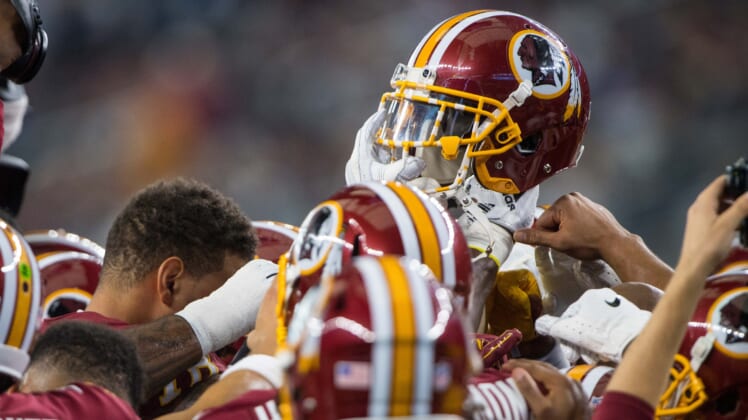 The Washington Redskins made a trade with the Denver Broncos for Case Keenum this offseason but are not ruling out a quarterback in the first round.

Speaking to the media Monday, Washington’s senior vice president of player personnel Doug Williams said (via Adam Schefter on Twitter), “We were able to trade for Case but that does not put us out of the realm of picking a quarterback if there is one there that we like at 15 (overall draft pick).”

That’s certainly a logical approach. Keenum is not a franchise quarterback, as he so thoroughly demonstrated last year in Denver. The Redskins also don’t really have any other viable options with Alex Smith likely out for at least another season and Colt McCoy being backup material.

However, if Washington is looking at taking a quarterback at No. 15 overall, the better option might be to trade with Arizona for Josh Rosen. He is seen by many NFL insiders as being better than any in this current crop of draft prospects.

Rosen has reportedly been on Washington’s radar for a while now, though more recent reports suggest the team is more actively looking at college prospects at this time.