Daniel Snyder has spent a fool’s gold on veterans that he expected to lead the Washington Redskins out of the abyss in the NFC East and into the national conversation in the NFL. For every free agent that his Redskins have hit on during his tenure, there are four or five that have completely fallen flat on their faces.

As we approach the start of free agency, let’s take a look at some of the Washington Redskins worst free agent signings that the current NFC East bottom feeder has made in the past. Fortunately for Redskins’ fans, they won’t be able to add to this list due to a less-than-stellar salary cap situation. 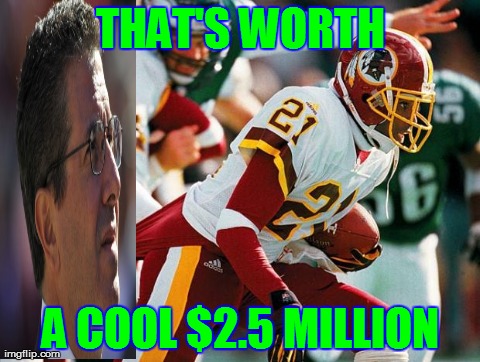 Leading the was of Washington Redskins worst free agent signings is Deion Sanders. Signed at the ripe age of 33, Sanders came over to the Redskins on a eight-year, $56 million contract. He was rewarded with a $8 million signing bonus and earned $2.4 million in the single season he was with Washington. That’s a cool $10.4 million for someone who played 16 games and intercepted four passes. Sanders, who was out of the league for three years following his one-year stint in D.C., started just six more games in his NFL career.

To put this into perspective, Sanders earned $650 thousand per game, $253 thousand per tackle and $2.6 million per interception in his career with the Redskins. Talk about taking a rich man’s money and laughing all the way to the bank. 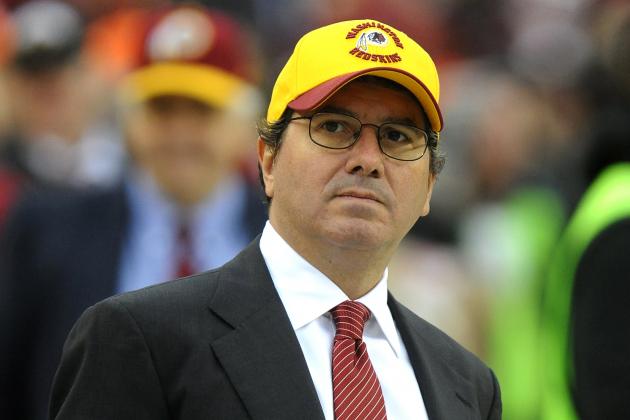 Courtesy of ESPN: Hey look, my hat is awesome sauce.

This former first-round pick had maybe one good season with the St. Louis Rams before Washington inked him to a six-year, $30 million contract, making him the highest-paid safety in the league. Archuleta responded by playing as many games as Sanders, 16, and recording zero interceptions with one pass defended. Definitely one of the Washington Redskins worst free agent signings.

He did have one sack, which had to have made Snyder giddy with joy. After all, the ‘Skins paid the now retired safety $10 million in guarantees to play that one single season in the capital city. Funny story here. Washington had just one selection in the first four rounds of the draft that April. 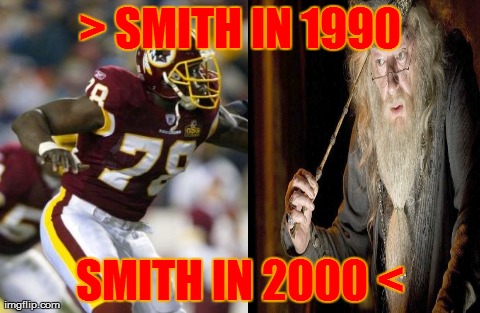 Bruce Smith of 1990, absolutely amazing. Bruce Smith of 2003, not so much. While the now Hall of Famer did record 10 sacks in his first campaign with Washington and 29 in the four seasons that he played there, the five-year, $23 million contract that the then 36 year old received was so far out of tune with reality that it must be in this article.

Smith, one of the most disruptive pass-rush forces in NFL history, he received a $4.3 million signing bonus and saw nearly all $23 million in the four seasons that he played with the Redskins. Guys and gals, he signed with the team shortly after the Y2K “scare.” This was a lot of money back then for a 36-year-old player on his last legs and easily one of the Washington Redskins worst free agent signings. 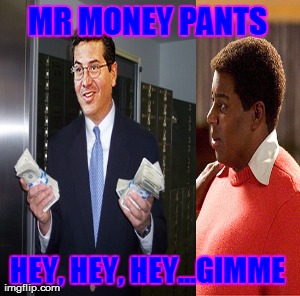 He went from one of the most dominant interior linemen in the league to an overweight shell of his former self, someone that refused to give it his all in practice and on every play on Sundays. It’s also pretty funny to note that Albert cashed in nearly all the $100 million that Mr. Money Pants himself threw at the defensive tackle. He did so in two years with the team. That’s about $5 million per game. And perhaps the Washington Redskins worst free agent signings of all-time.