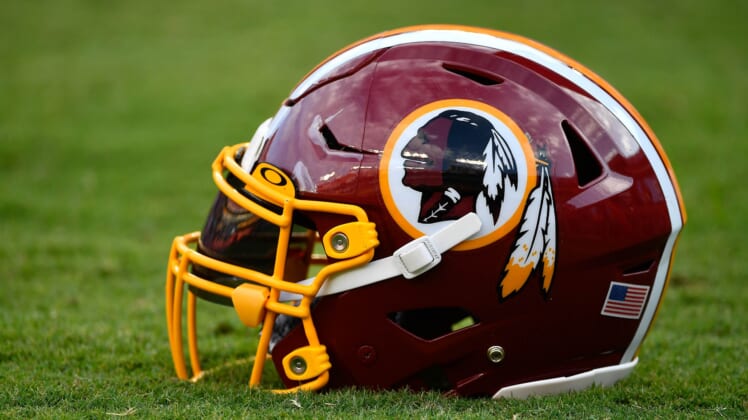 The Washington Redskins finally made the change fans have been pleading for, moving on from team president Bruce Allen. Now with new head coach Ron Rivera taking over the team, the new decade can be the start of something new for the Redskins. Of course, rebuilding this team all starts with the 2020 NFL Draft.

The Redskins still believe in Dwayne Haskins, their top pick in the 2019 NFL Draft. Their commitment to Haskins puts the focus for the No. 2 overall pick on a generational talent at a position of need. Washington needs to rebuild its offensive line, find more offensive weapons and build a defense that Rivera can be proud of.

It’s a tall task for a team without a second-round pick and just two picks in the top-100. Fortunately, the 2020 NFL Draft is deep enough for the front office to pull it off.

Let’s take a look at our seven-round 2020 mock draft for the Washington Redskins we conducted via FanSpeak.

There’s a reason team owner Daniel Snyder is infatuated with the star edge rusher. Young is an unmatched force off the edge, with many viewing him as a generational talent. While he didn’t run at the NFL Combine, he blew away teams during interviews with his leadership, intelligence and energy. For as impressive as he is off the field, Young is even better when he steps onto the gridiron.

He is the missing piece for Ron Rivera’s defense needs. The combo of Ryan Kerrigan and Montez Sweat is good, but Young will turn this into an elite pass rush. Opposing teams won’t be able to account for Young, Sweat, Kerrigan, Jonathan Allen and Da’Ron Payne. This is a no-brainer selection for Washington.

The relationship between the organization and Pro Bowl tackle Trent Williams is likely beyond repair. He wants out of Washington, by any means necessary, making it only a matter of time before he is eventually traded. It creates an obvious hole at left tackle, one that will be critical to fill for Dwayne Haskins to improve in 2020.

Cleveland offers the prototypical size and athleticism that NFL teams desire in a modern left tackle. He also has a background in wrestling, experiences that helped him learn the importance of leverage and hand placement. Cleveland needs to add strength and working with NFL coaches will help him improve his overall technique and become more consistent. He won’t be a reliable starter immediately, but Cleveland can be the long-term answer at left tackle.

After moving on from Jordan Reed, the Redskins need to find their new top weapon at tight end. At 6-foot-5 with strong hands and impressive athleticism, Trautman is the kind of weapon that this offense needs. He falls to the fourth round because he’s a small-school player, but Washington’s offense simply needs more talent.

Trautman has drawn comparisons to San Francisco 49ers tight end George Kittle, but that might be a bit of a stretch. He can still develop into a high-end tight end that makes a few plays after the catch, helps move the chains and is a go-to target in the red zone. Pair that with Terry McLaurin’s big-play ability and this passing game will improve.

Pride Jr. recorded only four interceptions in four seasons at Notre Dame, a cause for concern about his ability to make plays. He also must improve his technique in tight coverage and learn to better utilize his track speed to cover receivers deep. The raw tools are there to be a reliable cornerback on the outside and this could be the perfect place for him to develop.

The Redskins desperately need to find more talent at receiver. McLaurin proved to be a gem from the 2019 NFL Draft class, now it’s time to find another draft steal. Johnson made highlight plays look routine at Minnesota, emerging as an unstoppable threat on the outside.

He knows how to beat defensive backs to get 50-50 balls. Whether it’s tipping the football to himself for an absurd catch or making absurd one-handed grabs. But, he isn’t particularly fast and he won’t make a ton of plays after the catch. What he does well, though, is fighting for the football and he’s a weapon that would pair with McLaurin quite nicely.

The Redskins will likely need to commit multiple drafts to address the offensive line. Both from an overall talent and depth perspective, Washington must strengthen its protection for Haskins and make this a group that can hold its own in the NFC East.

Cabral can plat at either guard or center, something that at least secures his spot on an NFL roster. He offers the necessary size, intelligence and strength to develop into a starting center at the next level. At the very least, Cabral can fill in at center or guard and he also has experience playing at tackle.

Linebackers who don’t test well athletically often fall into the back of the draft. We’ll likely see that again with Johnston, who primarily relies on instincts, intelligence and technique to make up for below-average speed. He can be an immediate contributor in Washington’s defense, though, taking the field whenever they need him. While he might not have the flashiest career, his contributions on special teams and three-down ability make him a nice selection in this spot.