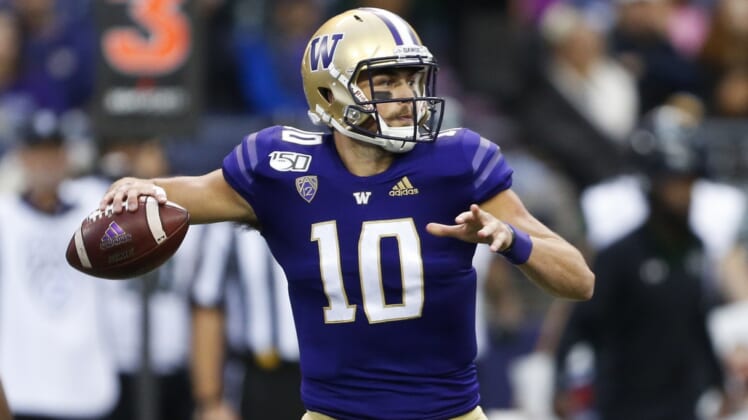 Washington Huskies junior quarterback Jacob Eason announced on Thursday that he is declaring for the 2020 NFL Draft.

In a statement released on Twitter, Eason thanked the Huskies and the University of Georgia for helping him accomplish so much as a quarterback and being part of the memories he made along the way/

Eason, a five-star recruit in 2016, signed with the Bulldogs and starred for the program in 2016. After suffering a knee injury in the team’s 2017 opener then losing his starting spot, he returned home to Washington in 2018 by transferring to the Huskies.

After sitting out a season, he quickly won the starting gig in 2019 and gave Washington an immediate upgrade at quarterback. Eason completed 64.2% of his passes with 3,132 passing yards, 23 touchdowns and eight interceptions.

Eason’s appreciation for his time at Georgia and Washington speak to the caliber of leadership he brings to a team and how much relationships with teammates and coaches mean to him.

He will surely attract plenty of interest from NFL teams. Given his experience, impressive arm talent and athleticism, he could end up being a first-round pick if he impresses the right team during the scouting process.