Washington needs late surge to get past North Florida 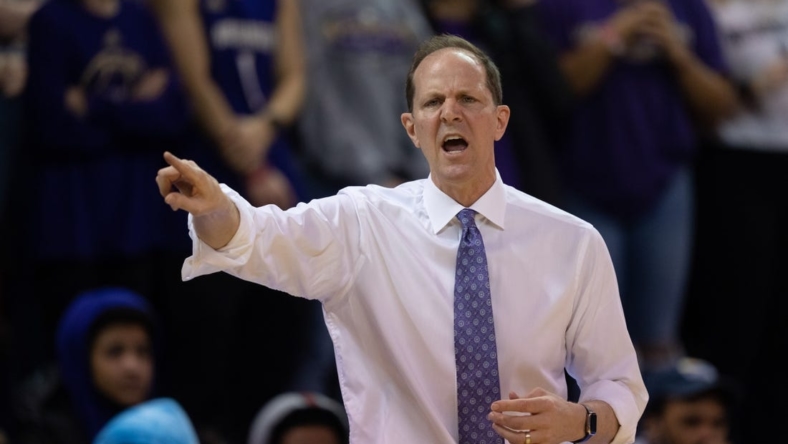 Freshman Keyon Menifield scored 21 points in his first career start to help Washington rally for a 75-67 victory over North Florida in a nonconference game on Friday night in Seattle.

Franck Kepnang recorded 16 points and 10 rebounds and Jamal Bey added 14 points and seven rebounds for the Huskies (2-0). Cole Bajema collected 11 rebounds for Washington, which shot 57.6 percent in the second half and finished the game with a 15-6 run.

Jarius Hicklen scored 19 points and Johnathan Aybar had 12 for the Ospreys (0-2). Carter Hendricksen had 11 points and nine rebounds, and Jadyn Parker added 11 points and seven rebounds.

The Ospreys led 61-60 after a dunk by Aybar with 4:35 left before the Huskies rattled off nine straight points.

Placer and Hicklen sank 3-pointers as North Florida crept within two with 1:16 remaining. Menifield answered with a jumper with 44 seconds left and added two free throws with 21 seconds to make it 73-67 as Washington closed it out.

The Huskies trailed by six at the break but started the second half strong and caught the Ospreys at 42 with 15:26 left in the game.

Hicklen scored the next five points for North Florida before Washington scored seven of nine. Bajema was fouled shooting a 3-pointer and made all three free throws to tie it at 49 with 11:22 left.

North Florida led 34-28 at halftime despite shooting just 35.3 percent from the field. Washington shot 25.6 percent before the break.