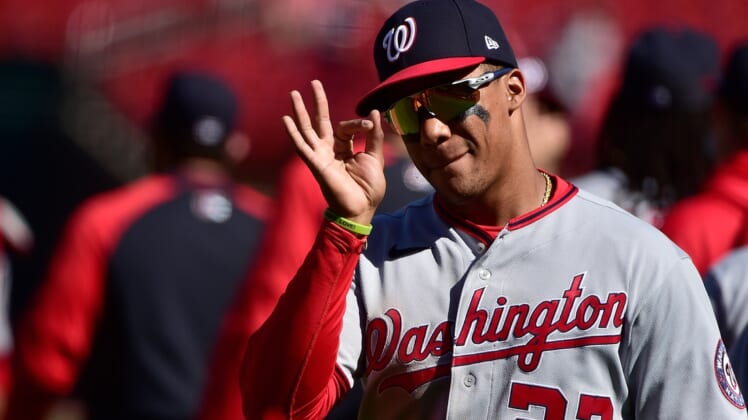 Washington Nationals outfielder Juan Soto, who has not played since April 19 because a shoulder injury, will be activated off the injured list before Tuesday’s home game against the Atlanta Braves, manager Dave Martinez said.

The Nationals also will activate right-hander Will Harris (hand) off the IL, while infielder/outfielder Hernan Perez was designated for assignment and right-hander Kyle McGowin was optioned to Triple-A.

Soto still is not fully recovered from his shoulder strain but will be used off the bench as a pinch hitter until he is able to return to the outfield. The 22-year old, in his fourth major league season, was batting .300 with two home runs and eight RBIs in 14 games this season.