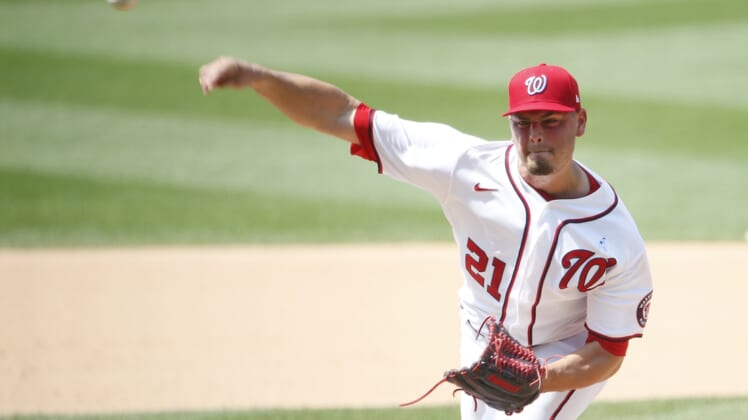 The Washington Nationals placed right-handed reliever Tanner Rainey on the 10-day injured list Tuesday with a stress reaction in his right tibia.

The Nationals filled his spot in the bullpen by recalling righty Ryne Harper from Triple-A Rochester. Also Tuesday, Washington selected the contract of left-handed pitcher Kyle Lobstein from Rochester and designated right-hander Justin Miller for assignment.

Lobstein last pitched in the majors in 2016 while with the Pittsburgh Pirates, while Miller managed a 15.00 ERA by giving up five runs over three innings in five appearances this season.