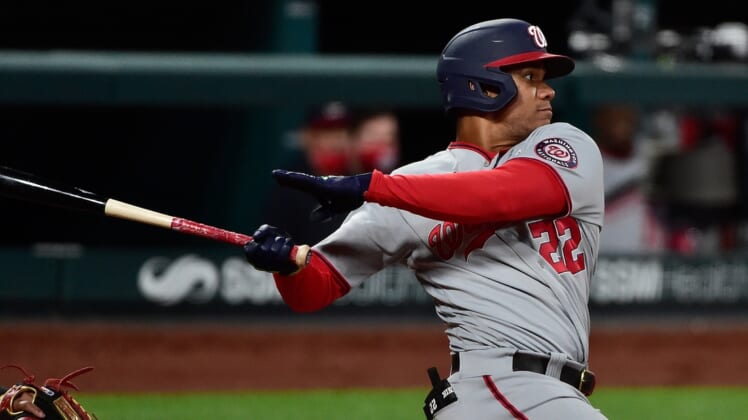 The Washington Nationals put outfielder Juan Soto on the 10-day injured list Tuesday evening due to a strained left shoulder.

Soto was scratched from the lineup a couple hours before the Nationals’ game against the St. Louis Cardinals. He was replaced in right field by Andrew Stevenson, who was penciled in at the leadoff spot in the batting order.

The Nationals recalled outfielder Yadiel Hernandez from their alternate site to take Soto’s spot on the active roster. Hernandez is hitting .143 (1-for-7) in five games with Washington this season.

Before the game, Washington also announced it has recalled right-hander Steven Fuentes, and optioned right-hander Ryne Harper to the club’s alternate site in Fredericksburg, Va.