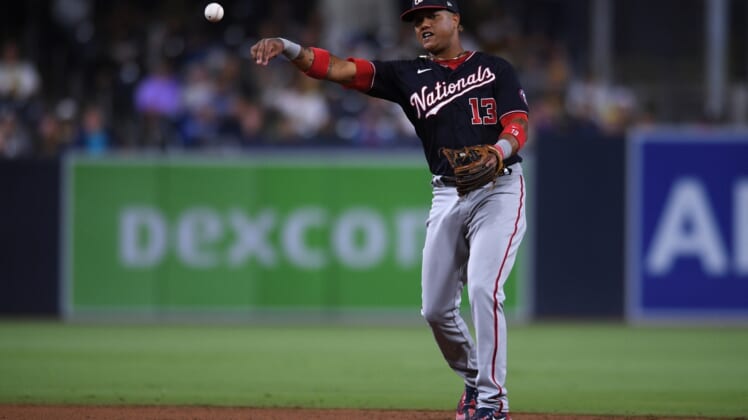 Washington Nationals general manager Mike Rizzo told reporters Tuesday not to expect infielder Starlin Castro to return to the team following an investigation into a case of alleged domestic violence.

“I am not planning on having Starlin Castro back,” Rizzo said.

Major League Baseball placed Castro on administrative leave on Friday once it became aware of the allegation against the four-time All-Star.

Few details are known about the allegation against Castro. He is on the same list as Los Angeles Dodgers pitcher Trevor Bauer, whose leave has been re-upped twice by the league and the players union. Police and MLB are also in the midst of an investigation into Atlanta Braves outfielder Marcell Ozuna, who was arrested in May and charged with felony domestic violence.

“It’s zero tolerance, and we’re just not going to put up with it. It’s not something (manager) Davey Martinez or Mike Rizzo’s Washington Nationals are going to have on this team.”

Castro was the subject of a different investigation into a sexual assault claim back in 2011 when he played for the Chicago Cubs. The police involved in that matter did not find sufficient evidence to charge him. But it was enough of a red flag that Rizzo felt he should take responsibility for signing Castro.

“We do pride ourselves — you’ve heard me say it a million times — that you read about our guys in the sports section and not the other sections,” Rizzo said. “And this time we failed.”