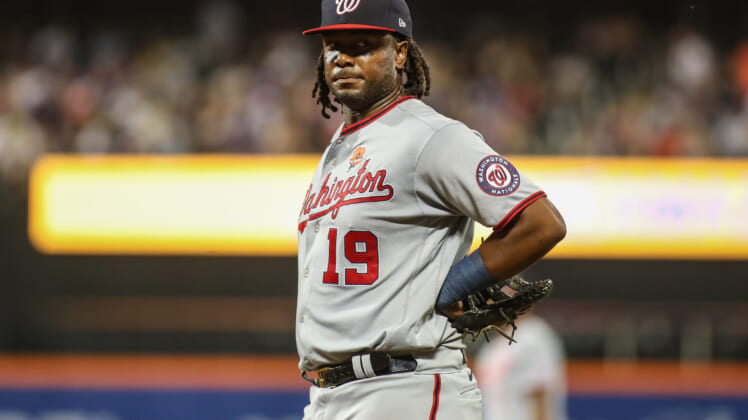 Josh Bell is one of the few good things the Washington Nationals have going for themselves these days. The 29-year-old first baseman has been a stabilizing force at the corner infield position and a compact hitter from both sides of the plate in his two seasons with Washington.

There’s a catch though: Bell is a free agent after what has been a disappointing 23-41 run for the Nats in 2022. Furthermore, they’re in the first full year of a “reboot” centered around Juan Soto.

Do the Nationals move Bell at the MLB trade deadline? There isn’t a clear-cut answer to that question, which underscores how anemic the Nationals are at the moment.

It makes sense for a rebuilding team like the Nationals to trade their veteran players. They’re struggling across the board, aren’t putting up a fight in the National League East, and have a handful of players who aren’t long-term pieces to the puzzle.

Bell is candidate number one to be moved. He’s a reliable and productive first baseman who has hit his stride with the Nationals. With that said, what exciting value can Washington get for a player on an expiring contract?

Sure, the Nationals figure to get a backend top-10 prospect or a pair of mid-level prospects for Bell. At the same time, such a return isn’t moving the needle for the Nationals’ rebuild. It’s terrible value for their best-position player not named Juan Soto.

The backdrop to this dilemma is that the Nationals rarely, if ever pay position players. Bryce Harper, Anthony Rendon, and Trea Turner headline the bevy of high-level position players who the franchise has either traded or let walk in free agency over the last five years. Mind you, they won the World Series in 2019 and aren’t a poor franchise.

History tells us that Bell will be the next player Washington doesn’t retain and could lead to them moving him to the highest bidder.

Washington Nationals can’t be any worse without Bell right?

Regardless of the underwhelming offers that come their way, there’s merit behind the Nationals trading Bell. On the other hand, what happens to their image over the rest of the season and into the offseason if they do so?

Washington is 28th in MLB and 15th in the NL. That’s with Bell in the fold. Manager Dave Martinez’s lineup relies on the offensive fortitude of Soto, Bell, and Nelson Cruz. If Bell is removed — and potentially the 41-year-old Cruz — from the mix, a shaky offense becomes inept.

The Nationals entered Wednesday 17th in MLB in runs. Bell is one of the individuals keeping them out of the 25-30 range. He’s also one of the most tenured players on the Nationals’ depth chart despite only having 207 games under his belt. By the way, who would the Nationals play at first for the rest of the season? 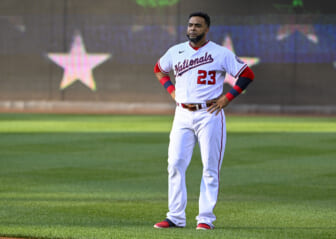 Also Read:
4 trades to help the Washington Nationals build for the future

Keeping in mind Washington’s history of paying starting pitchers over position players (Max Scherzer, Stephen Strasburg, and Patrick Corbin), trading Bell could make free agents think twice about signing with them. Why would a veteran player looking to join a winning situation or settle into a new home sign with a team that’s inevitably going to trade them or not pursue a second contract?

While they’ll have competition from the 20-41 Kansas City Royals, especially if they trade Andrew Benintendi and Whit Merrifield, the Nationals have the chance to finish with the worst record in the sport. Moving Bell likely locks in that outcome.

The Nationals shouldn’t be this bad in 2023. Top pitching prospects Cade Cavalli and Cole Henry are nearing their call-up to the show, which will provide much-needed energy for the team’s pitching staff. They also have a handful of young players to be enthused by in Keibert Ruiz, Josiah Gray, and Lane Thomas. In the meantime, the Nationals have to make pivotal decisions that a team in their situation shouldn’t have to ponder.

Bell is a player that a rebuilding team should want to move forward with. He plays a vital position and is in the prime of his MLB career. Washington likely would’ve been able to extend Bell for a lower amount last offseason, compared to what he’ll command after a pair of plausible seasons. 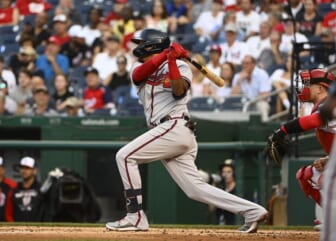 The Nationals have three options with Bell: 1) trade him, 2) keep him for the sake of respectability, or 3) let him hit the open market. Every option comes with a legitimate question mark.

Why trade a sturdy player for minimal value? What’s the point in keeping a could-be All-Star when you’re one of the worst teams in the sport? Couldn’t Bell just leave in free agency? All the while, Soto is a free agent after the 2024 MLB season.

Washington is in a dark place. Figuring out how to proceed with Bell epitomizes their anemic standing.