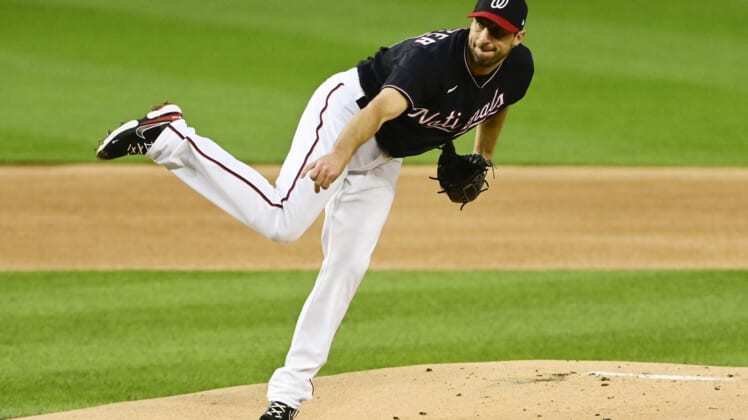 Scherzer, 36, left his last start June 11 against the San Francisco Giants after throwing just 12 pitches. He was diagnosed with groin inflammation and later placed on the IL.

The three-time Cy Young Award winner is 5-4 with a 2.21 ERA in 13 starts this season. Scherzer has 104 strikeouts for a rate of 12.1 strikeouts per nine innings, third in the National League behind Jacob deGrom of the New York Mets and Freddy Peralta of the Milwaukee Brewers.

To make room on the active roster, Washington placed right-hander Kyle Finnegan on the 10-day injured list with a left hamstring strain. Finnegan, 29, is 3-2 with a 3.86 ERA in 33 relief appearances this year.