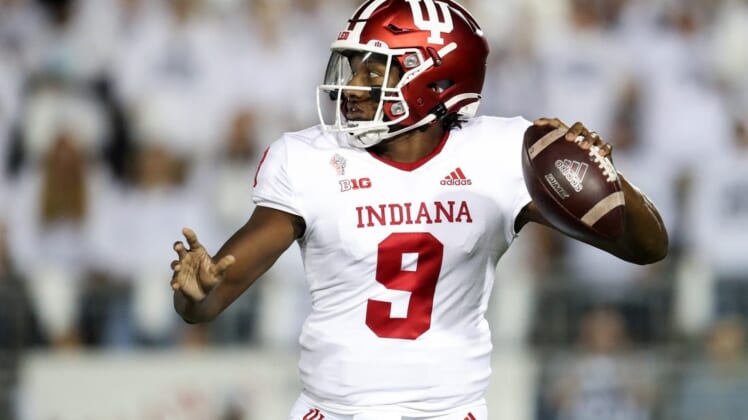 Huskies coach Kalen DeBoer announced Tuesday that Penix will be under center for the Sept. 3 season opener in Seattle against Kent State.

The 6-foot-3, 213-pound Penix had been battling sophomore Dylan Morris and redshirt freshman Sam Huard for the QB1 role.

Penix appeared in 20 games over four seasons with the Hoosiers from 2018-21. He was a team captain in 2020 and 2021 and compiled as 12-5 record as a starter, earning second-team All-Big Ten honors in the pandemic-shortened 2020 campaign.

DeBoer, who is in his first season with the Huskies after two seasons as the head coach at Fresno State, was Penix’s offensive coordinator and position coach at Indiana in 2019.