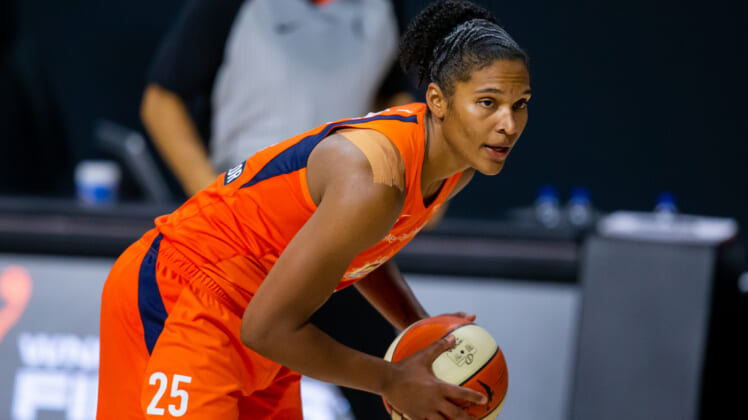 Alyssa Thomas scored a game-high 23 points for the Connecticut Sun as they rallied for a 74-72 overtime win over the Washington Mystics.

On Sunday, Thomas scored four of Connecticut’s eight points in OT, including two foul shots with 1:06 left that pushed Connecticut’s lead to 73-70. Alysha Clark then drew Washington within a point on a driving layup with 10.6 seconds remaining.

After DeWanna Bonner sank a free throw with 9.3 seconds left, the Mystics had two shots on their final possession, but Natasha Cloud’s driving layup was rejected by Brionna Jones and Myisha Hines-Allen’s fallaway 3-pointer was well off the mark as time expired.

The Sun (14-7), the second-place team in the Eastern Conference, also got 15 points from Courtney Williams, 14 from Natisha Hiedeman, and Jonquel Jones added 11. Ariel Atkins led the Mystics (13-10) with 18 points, while Clark and Shakira Austin each chipped in with 13 apiece.

Connecticut Sun’s lockdown defense proves too much for Washington Mystics

Despite playing without top-scorer Elena Delle Donne (rest), Washington still dominated the first half against an opponent that has built a reputation on slow starts. After a first quarter that saw Atkins score 12 points, the Mystics led 26-19. Washington pushed the lead to as high as 17 at two points in the second period. By the end of the first half, Washington led Connecticut 49-34. 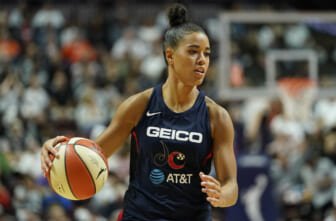 However, the Sun made their move in the third quarter by locking things down on defense and cutting down on turnovers. Jones and Thomas both converted on close shots in the final 90 seconds to bring to their team to within five going into the fourth quarter.

The game reached overtime after Jones’ short bank shot that tied the game at 66 with 1:31, and both squads missed game-winning opportunities with 10-seconds left.

The Sun allowed only 23 points after halftime en route to a rebound victory after falling short against Chicago in their previous out.