Washington heads to Washington State for a fresh Pac-12 start 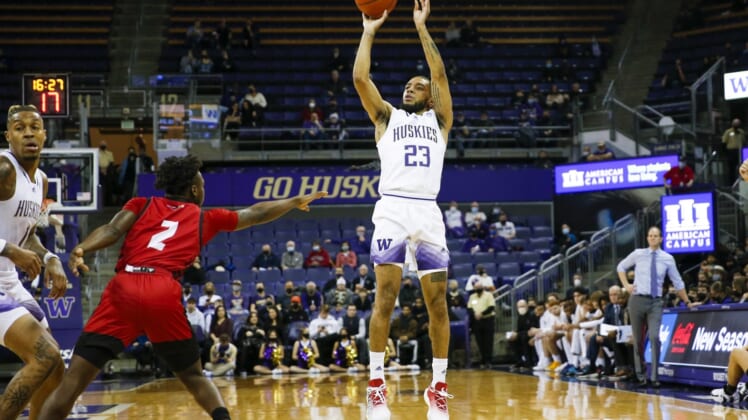 The Washington Huskies have a clean slate as Pacific-12 Conference play is set to resume.

The Huskies (5-5 overall) had their first two conference games wiped out earlier this month because of a COVID-19 outbreak that forced the program to shut down for two weeks. Their game against Arizona was rescheduled for Jan. 3, but it appeared they’d have to forfeit their game to UCLA.

However, the rise in the omicron variant led the Pac-12, along with several other major conferences, to rethink their policies. Instead of a forfeit, the Washington-UCLA game might be rescheduled, and if it eventually cannot be worked into the schedule, it will be declared a no-contest.

That means the Huskies are back to 0-0 in conference play heading into Wednesday night’s game against rival Washington State in Pullman, Wash., and Huskies coach Mike Hopkins likes to think his team can make good on the fresh start.

“They are a resilient group,” Hopkins said. “It’s not easy. The last two years have been really hard, not just basketball-wise but just life.

“We get an opportunity to play basketball and represent something bigger than ourselves. It’s not easy for sure, but you learn. It’s a life lesson.”

The Huskies are 1-1 since resuming play Dec. 18, defeating city rival Seattle U. 64-56 before suffering a 68-52 loss at home to Utah Valley. Washington shot just 35.2 percent from the field in the latter game and missed all 11 shots from 3-point range.

Guard Terrell Brown Jr., a Seattle native who returned home after playing last season at Arizona, has been the Huskies’ lone consistent scorer, averaging a conference-leading 21.4 points a game.

The Cougars (8-5, 1-1) opened conference play Dec.1 with a 51-29 victory at Arizona State. Three days later, they returned home to give undefeated USC a scare before falling 63-61.

Washington State has lost three of its past four games, including 58-52 to Boise State last Wednesday on a neutral court in Spokane, Wash. The Cougars led by five at halftime, but made just 25.7 percent of their shots in the second half (9 for 35).