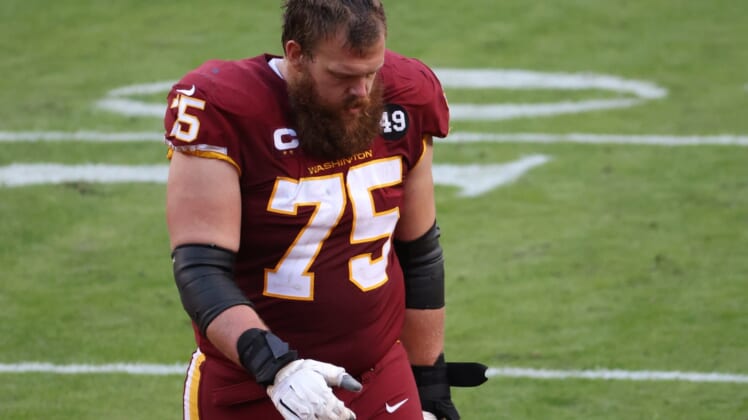 The team announced on Monday that it is using its franchise tag on the All-Pro, who played 13 games last season before finishing the season on injured reserve with an MCL sprain.

Scherff, a four-time Pro Bowl selection, would make $18.04 million for the 2021 season unless the teams agree to a long-term extension. The deadline for that extension is July 15.

Scherff, who made $15.03 million while under the franchise tag last season, has played in 78 games over his six seasons with Washington, which drafted him fifth overall out of Iowa in 2015.

All of his appearances have been as a starter, and he played at least 13 games in four of his six seasons.