This Sunday will be a special game for Washington Football Team fans everywhere when the squad takes on the Kansas City Chiefs. In a press release today, the WFT announced their plans to retire the jersey of their two-time Pro Bowl safety Sean Taylor who passed away in 2007 when a burglar broke into his home.

Amazingly, Taylor’s No. 21 jersey will be just the third one retired in the history of the franchise, which has been in existence since 1932. As the team’s official Twitter account states, there will never be another 21 in Washington. Rightfully so.

Despite playing just four years, Taylor’s legacy has lasted decades. Fans still speak of how Taylor had the potential to be one of the best to ever play.

It’s a shame his life was taken so soon. Credit to Washington for setting Taylor’s number aside. Chances are they would have retired it anyway had Taylor been given the chance to walk away on his own terms.

While the moment recognizing Taylor’s life will be memorable, the team also plans to honor nearly 100 alumni at FedEx Field. The team is also giving away a limited-edition commemorative Sean Taylor rally towel. Fans won’t want to miss this one.

Players will also sport helmet stickers to go along with the staff’s plans to wear No. 21 pins on gameday. The game is set to kick off at 1:00 PM EST. 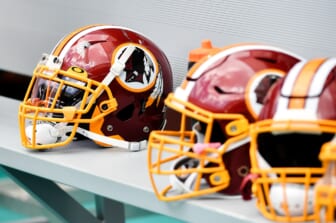 Also Read:
NFL legend Sean Taylor remembered on what would have been 37th birthday