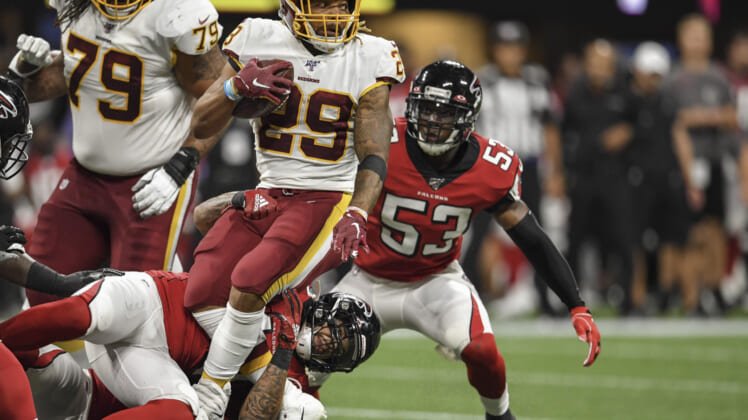 Minutes after it was reported that the running back had been arrested on five charges in Virginia, including strangulation, Washington announced that it has released the third-year back.

Guice, 23, was arrested on five total charges. That included three charges of assault and battery, the above-mentioned strangulation and destruction of property.

Washington obviously didn’t waste any time moving on from the third-year back after news of his arrest broke. It could very well represent a change of culture within the embattled NFL franchise.

A second-round pick of Washington back in 2018, Guice had played in a grand total of five games in two seasons due to injuries.

We’ll obviously have more on this story as it develops.