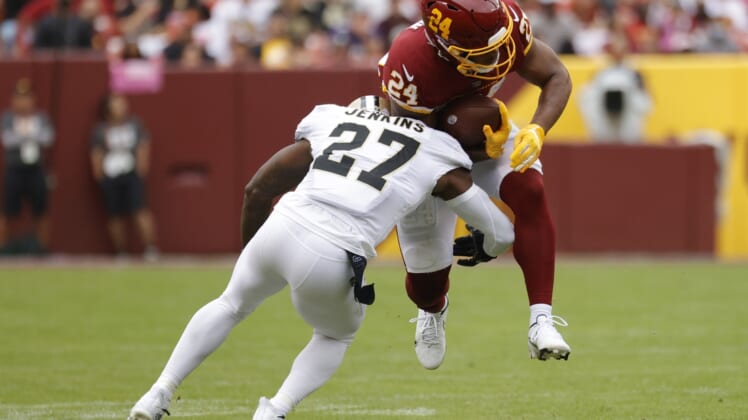 Washington Football Team running back Antonio Gibson is listed as active against the host Green Bay Packers on Sunday.

Gibson, who is dealing with a shin injury, was heading into the game with a questionable designation for the fourth straight week.

Despite the injury, Gibson has played in all six games for Washington (2-4). He leads the team in carries (89), rushing yards (357) and rushing touchdowns (three) and also has 12 catches for 119 yards and a score.