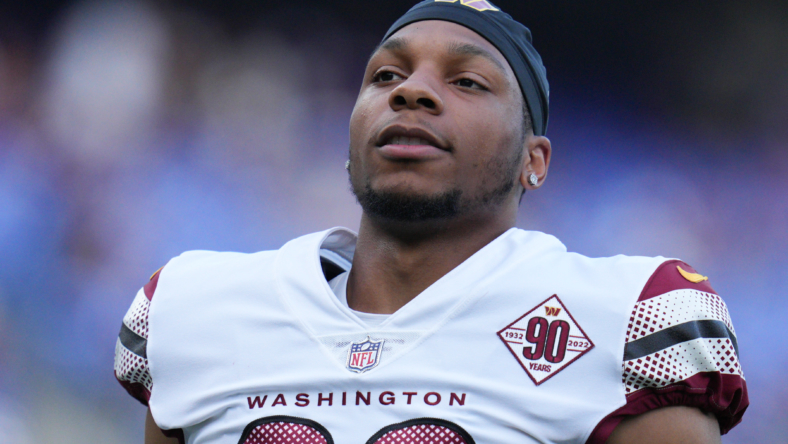 The Washington Commanders needed to get some big plays from their secondary against Jalen Hurts and the Philadelphia Eagles in order to pull off a surprising win over the undefeated division rival Monday night.

Safety Darrick Forrest more than answered that call with Washington down 14-10 in the second quarter. He read a deep route from Eagles star A.J. Brown, only to pick off a Hurts pass deep down the field in a circus way.

As you can see, Brown actually had the ball in his hands before Forrest was able to acquire possession to pull off the big interception.

How huge was this for the Washington Commanders? Philadelphia had scored in each of its first two possessions of the game, both culminating in Hurts touchdowns. The Eagles had turned the ball over just three times throughout their 8-0 start to the season.

As for Darrick Forrest, the former fifth-round pick from Cincinnati has carved out a role for the Commanders this season. He entered Monday’s game having yielded a 56% completion mark and 72.8 QB rating when targeted.

These are the types of plays the Washington Commanders will need to make if they are going to pull off the road win against a superior Eagles squad. That’s for sure.