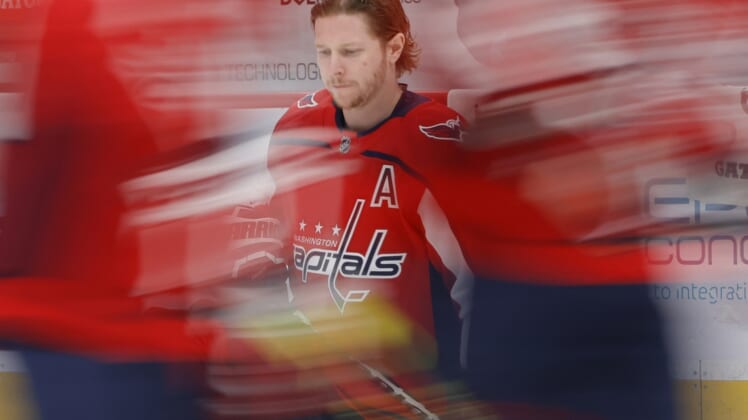 Washington Capitals center Nicklas Backstrom still doesn’t know when he will be back on the ice.

“I have no timetable here,” he told reporters on Saturday. “We’re just going to listen to the body and go slow. We’ll see what happens. Hopefully I’ll be back skating soon.”

Backstrom, 33, has not participated in training camp as he continues rehab on his left hip. He had arthroscopic surgery on it back in 2015 and said his current situation is due to wear and tear.

“Over time, over the years, it’s been grinding it a little bit,” Backstrom said. “When that happens, you just kind of have to reset and build it up again and that is where we are at. (It) takes longer than you hope, but that is just progress: just part of building it up again and making it strong again.”

Backstrom is considered week-to-week, according to the team.

The Capitals open the regular season Oct. 13 against the visiting New York Rangers.

“Obviously, I want to be out there with the guys, but at the same time I want to feel good again and be the best I can when I start,” Backstrom said.

He missed just one game in 2020-21 and was on the ice for the Capitals’ first-round playoff loss to the Boston Bruins. He finished last season, his 14th in the NHL, with 15 goals and 38 assists in 55 games.

Backstrom, who was taken fourth overall by the Capitals in the 2006 NHL Entry Draft, is entering the second year of a five-year, $46 million deal.

In 1,011 career games, all with Washington, Backstrom has accounted for 258 goals and 722 assists. He helped the Capitals win the 2018 Stanley Cup.