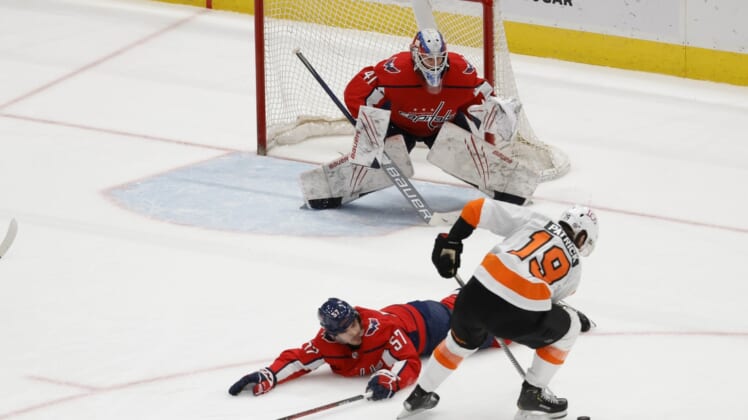 Craig Anderson took over the netminding duties for the Capitals, his first playoff action since May 25, 2017, while with the Ottawa Senators. The Capitals are without their No. 1 goalie Ilya Samsonov, who this weekend was removed from the league’s COVID-19 protocol list.

Vanecek, the rookie netminder who earned the starting job, appeared to pull a groin muscle when Jake DeBrusk scored to make it a 1-1 game. Vanecek did a split in an attempt to make the save and remained on the ice in obvious discomfort before the training staff arrived. He went straight to the dressing room.

Anderson, who will turn 40 years old on Friday, played in only four NHL games this season. He posted a 2-1-0 record with a 2.13 goals-against average and .915 save percentage.