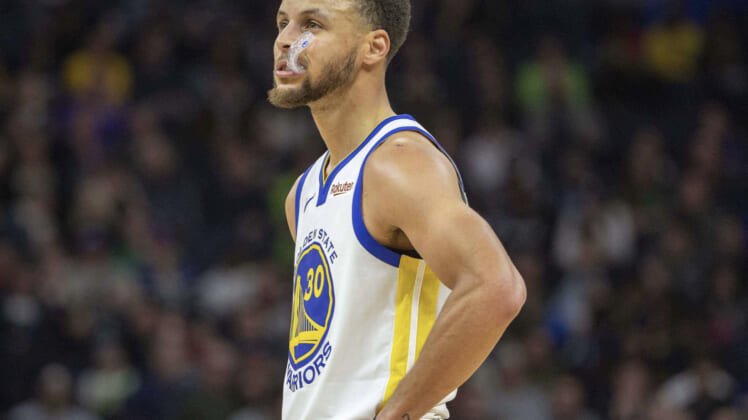 The Golden State Warriors are hitting back against a report that Stephen Curry could miss the entire season due to his fractured hand being worse off than initially thought.

Not long after the report circulated around the Internet, Logan Murdock of NBC Sports Bay Area shared that the “Warriors are strongly refuting the report that Stephen Curry be out for the season. Source says his timeline hasn’t changed for better or worse and he will be re-evaluated in February as planned.”

Taking it a step further, one source told the San Francisco Chronicle that Bucher’s report was “complete hogwash.”

In no way should this response be surprising. The Warriors announced that Curry underwent surgery to repair his hand fracture last week, and in that announcement they stated that an update would be given in three months, indicating Curry would likely return to the lineup at some point late this season.

It is worth noting that the Warriors are giving the only response they really can to this report after their initial statement on Curry’s recovery from surgery. That doesn’t mean that Bucher was given bad information. We’ll just have to wait and see how this all plays out when Curry’s three-month timeline comes and goes.