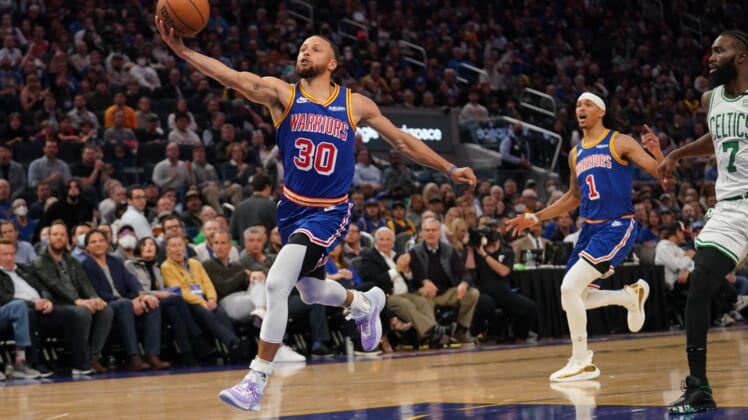 Golden State Warriors guard Stephen Curry will miss the final five games of the regular season as he continues his recovery from a sprained left foot.

Curry has missed the past seven games since being injured against the Boston Celtics on March 16 while diving for a loose ball and colliding with Marcus Smart.

The Warriors said Curry is making “good progress” and is slated to begin individual on-court activities next week. Once Curry displays further progress, he will eventually be cleared to return to practice.

The Warriors said they will next update Curry’s status on April 11. The team concludes its regular season slate one day earlier against the New Orleans Pelicans.

Golden State coach Steve Kerr had been hopeful that Curry would return before the start of the postseason.

“We were hoping that maybe he could play one or two games at the end of the regular season, but that was kind of a long shot,” Kerr told reporters on Friday. “This is how it’s turned out. I’m not too worried about him.”