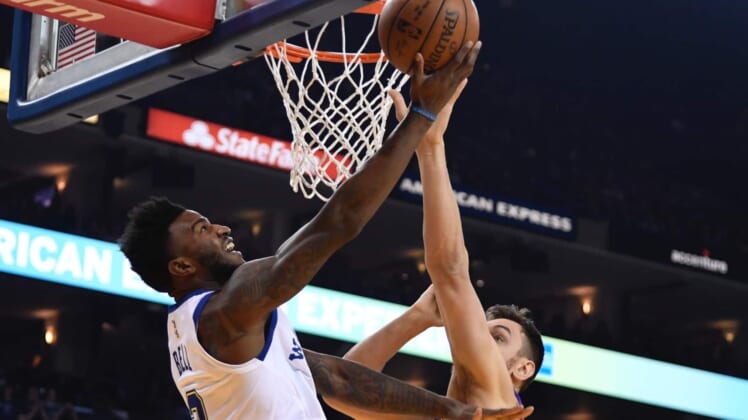 The opening seconds of the Golden State Warriors game against the Chicago Bulls were marred by an injury. Golden State rookie Jordan Bell went up in an attempt block a dunk from Chicago’s Robin Lopez. As Bell came to the ground, he landed with all of his weight on his left leg.

Bell tried to limp off the court with help of his team’s medical staff, but couldn’t make it.

Warriors tried to help Jordan Bell limp off the court, but pain is too bad. He is taken off the court on a wheel chair

The Warriors were already shorthanded on Wednesday, playing without Andre Iguodala and Draymond Green, the latter of which Bell was replacing in the starting lineup.