Warriors rally past Cavs for first win streak of season 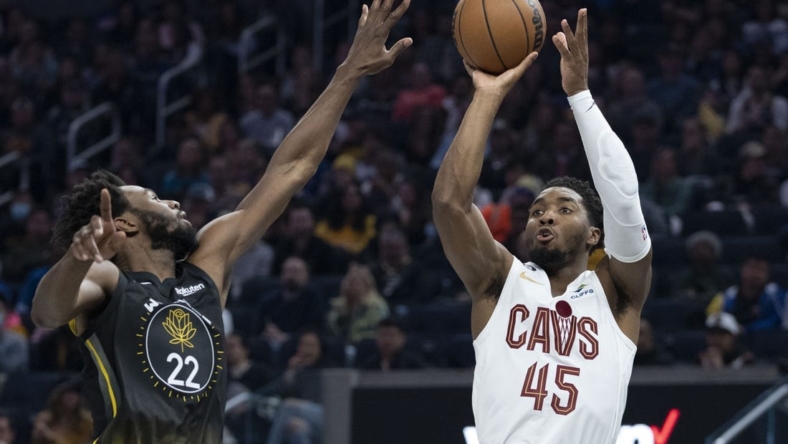 Stephen Curry scored 15 of his 40 points in the fourth quarter and the Golden State Warriors won a second consecutive game for the first time this season, rallying for a 106-101 victory over the Cleveland Cavaliers on Friday in San Francisco.

Curry scored 10 straight Golden State points over a 65-second span as the Warriors notched their 11th consecutive regular-season victory over the Cavaliers.

Andrew Wiggins scored 20 points and Jordan Poole added 18 for Golden State. Draymond Green had 13 assists and 10 rebounds, and Anthony Lamb had 10 points for the Warriors.

Curry hit a tying 3-pointer with 1:18 remaining and scored a fastbreak layup 24 seconds later to give the Warriors a 100-98 lead.

Allen split two free throws for Cleveland with 44.4 seconds left, and Curry followed with a 3-pointer to make it 103-99 with 34.1 seconds remaining. Curry went 2-of-4 from the line to finish his personal flurry.

Klay Thompson scored just nine points on 3-of-13 shooting for the Warriors, who posted the back-to-back wins after five straight losses.

A four-point play by LeVert and a dunk by Allen gave Cleveland a 95-87 lead with 4:38 remaining.

Curry drilled a 3-pointer and Green scored on a layup as Golden State moved within three with 3:44 left.

The Warriors later were within one on Thompson’s 3-pointer with 2:53 left, but Mitchell sank two free throws 16 seconds later to give the Cavaliers a 98-95 lead.

Earlier, Golden State scored the first seven points of the third quarter to take a 55-52 lead before Cleveland ripped off 14 straight points.

Allen capped the spurt with a basket to give the Cavaliers a 66-55 advantage with 5:41 remaining in the period.

The Warriors narrowed their deficit to one on Poole’s 3-pointer with 11.4 seconds left before Evan Mobley slammed home a dunk at the buzzer to give Cleveland a 77-74 lead.

Mitchell had 15 points as the Cavaliers led 52-48 at the break. Curry scored 15 in the half for the Warriors.