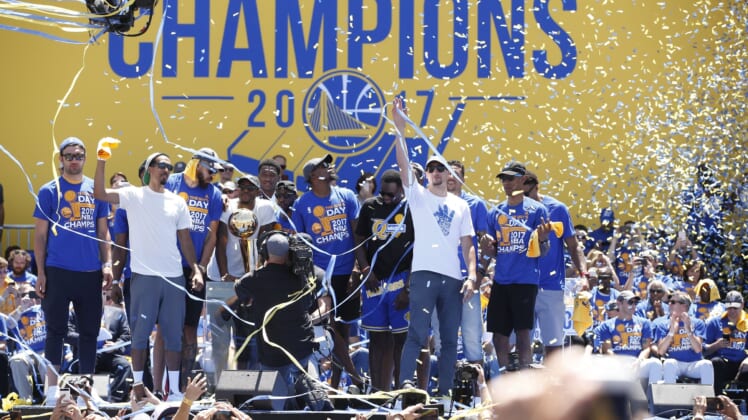 The defending champion Golden State Warriors will have the 28th pick in next month’s 2018 NBA Draft. Unless they trade said pick, it will be the second time since 2013 that Golden State has actually made a pick in the initial round.

Though, it now looks like the Warriors are once again looking to buy another draft pick. Talking to ESPN (h/t 95.7 The Game) from the NBA Scouting Combine, owner Joe Lacob indicated an interest in picking up a second pick in the draft.

This might not seem like big news on the surface. That’s until we realize that Golden State has acquired a talented young player in each of the past two drafts by simply sending money the other way.

Back in 2016, Golden State picked up the 38th pick to select UNLV guard Patrick McCaw. Prior to suffering a serious back injury this season, McCaw’s trajectory was pointing upward in a huge way.

Then, last year, the Warriors sent multiples of millions to the Chicago Bulls for the rights to select former Pac 12 Defensive Player of the Year Jordan Bell. All he did as a rookie was earn a spot in the Warriors’ rotation. He projects to being a lite version of Draymond Green moving forward. Remember, Green himself was a second-round pick.

Golden State might have interest in buying a second-round pick next month. But it takes two to tango. How much longer can other NBA teams afford the Warriors the luxury of sending millions for a young player that will fit into the defending champ’s future? That’s the biggest question here.