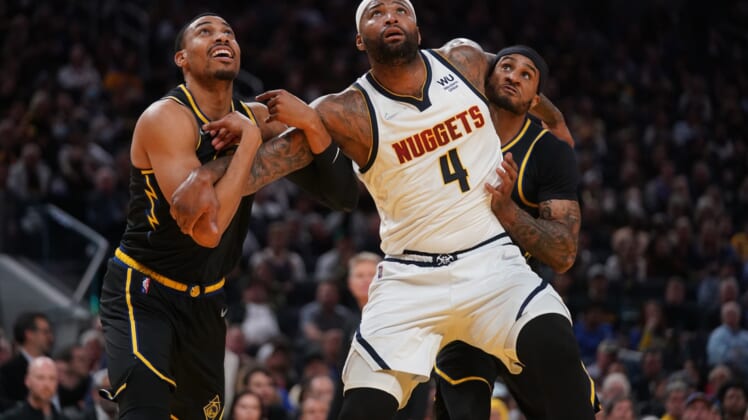 Golden State forward Otto Porter Jr. missed the second half of the Warriors’ Wednesday playoff game against the host Memphis Grizzlies due to right foot soreness.

Porter was on the court when the first half ended with Golden State trailing 77-50. He was examined at halftime and the club ruled him out early in the third quarter.

The 28-year-old Georgetown product was scoreless in 12 minutes before exiting. He missed all three of his field-goal attempts, all from 3-point range.

Memphis played without star point guard Ja Morant for the second straight game. Morant has a bone bruise in his right knee and is doubtful to play again this postseason.