Warriors open as favorites for 2023 championship 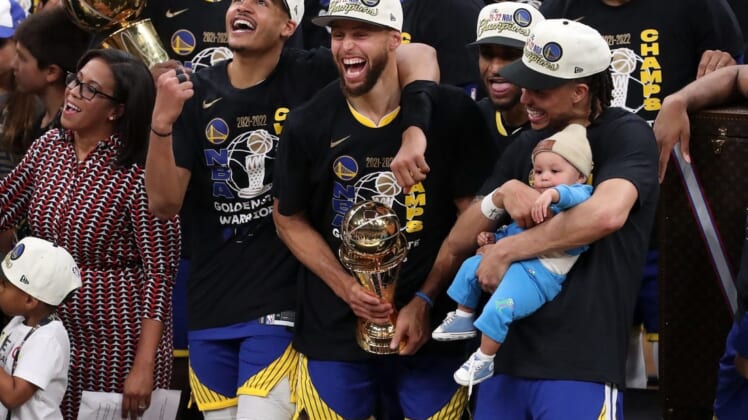 The Golden State Warriors earned their fourth championship in eight years on Thursday behind an aging core, but oddsmakers believe Stephen Curry, Klay Thompson and Draymond Green have at least one more title chase in them.

The Warriors are favored to win the 2023 championship in odds posted just after the 2021-22 season concluded with Golden State’s 103-90 win over the Boston Celtics in Game 6 of the NBA Finals.

After the top tier of teams, the teams with the next lowest odds at most of the sportsbooks are the Miami Heat, Philadelphia 76ers, Memphis Grizzlies and Dallas Mavericks.

The teams that face the longest odds — some at +100,000 or higher — are the Sacramento Kings, Oklahoma City Thunder, Orlando Magic and Houston Rockets. DraftKings and FOX Bet both have the Magic and Rockets at +200,000.

In odds for next year’s regular-season NBA Most Valuable Player, Denver Nuggets center Nikola Jokic — the two-time reigning winner — is not the favorite.