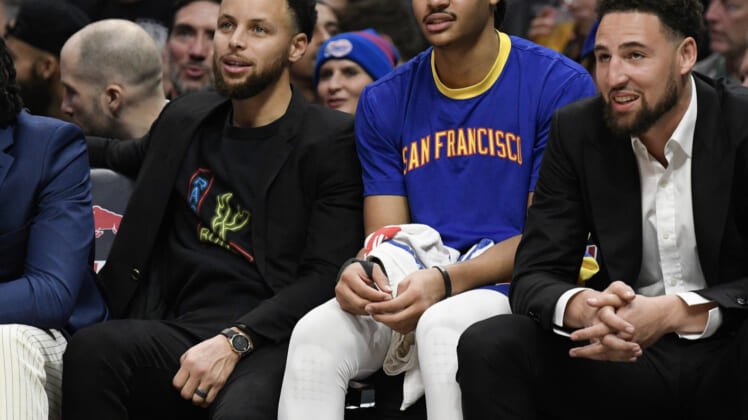 The Golden State Warriors head into the unofficial second half of the NBA season with a league-worst 12-43 record.

This is a mighty big fall from grace for a team that entered the 2019-20 campaign having earned five consecutive trips to the NBA Finals and three titles during that span.

It goes without saying that injuries to Stephen Curry and Klay Thompson as well as the departure of Kevin Durant in free agency has played a role here.

Even then, local television ratings for Warriors games on NBC Sports Bay Area have decreased at an absolutely absurd level.

“The Golden State Warriors, who have dominated the NBA’s local ratings for the last few years, saw their ratings decline by a staggering 66% on NBC Sports Bay Area,” Sports Business Daily reported Monday.

That’s a two-thirds drop in local television ratings for the Warriors. While we’ve seen an overall decrease of 13% for league-wide national broadcasts, this is a staggering number.

The star power just has not been on display in San Francisco this season. We’re highly likely to see a major increase in ratings once Curry and Thompson return for the 2020-21 campaign.

Until then, these Warriors will continue to be a laughingstock. These numbers tell us that story in a big way.