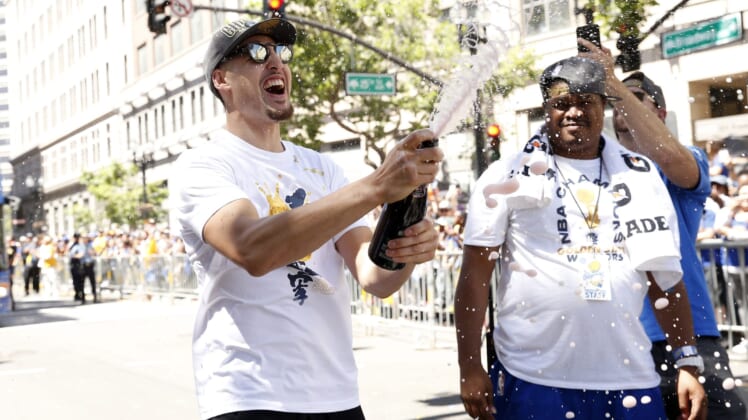 Golden State Warriors forward Klay Thompson is heading into the final year of his current contract, but unlike so many other players in the NBA he’s not interested in testing the free agency market next summer.

When asked if he’s curious at all about seeing what other options he might have, Thompson responded by saying, “Not really. When guys go into free agency, they’re looking for situations like mine. I’m content,” per Anthony Slater of The Athletic.

It’s not hard to understand why Thompson doesn’t seem remotely interested in seeking his fortunes elsewhere. Since being selected No. 11 overall in 2012 by the Warriors, he’s become not only one of the best two-way players in the league but a fan favorite and key cog on one of the greatest teams ever assembled.

The Warriors have won three out of the past four NBA championships, and if they can keep their main players together they might start to challenge the most legendary dynasties in NBA history.

Given that team owner Joseph Lacob has made it clear he’s okay with spending the money to make this happen, Thompson has nothing to worry about financially.

He can make his money and continue to vie for titles playing with the Warriors, who just so happen to be getting ready for a move into a shiny new arena. So, you can see why he’s in no hurry to leave.