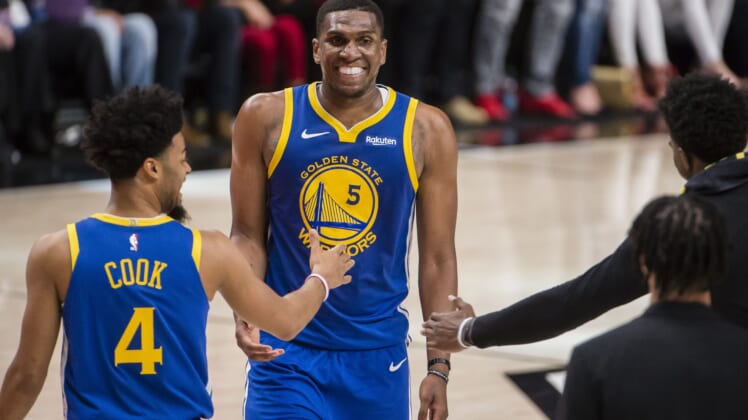 Golden State Warriors backup center Kevon Looney was expected to miss the remainder of the NBA Finals with a fractured collarbone, but he may yet make a return.

Tim Bontemps of ESPN shared that Looney underwent further evaluation of the injury and “could potentially return during the NBA Finals,” noting further testing will determine the next steps for the big man.

Looney was injured playing defense against Toronto Raptors star Kawhi Leonard in Game 2. Leonard came charging hard into the lane, crashed into Looney, who then had his legs upended and landed hard on the court.

Before his injury, Looney had been playing well for Golden State, averaging 7.2 points and 4.6 rebounds playing a bit over 20 minutes per game.

The Warriors are now down 2-1 heading into Game 4 against Toronto Friday night. They lost by double digits in Game 3 playing without stars Kevin Durant and Klay Thompson, both of whom could return in Game 4.