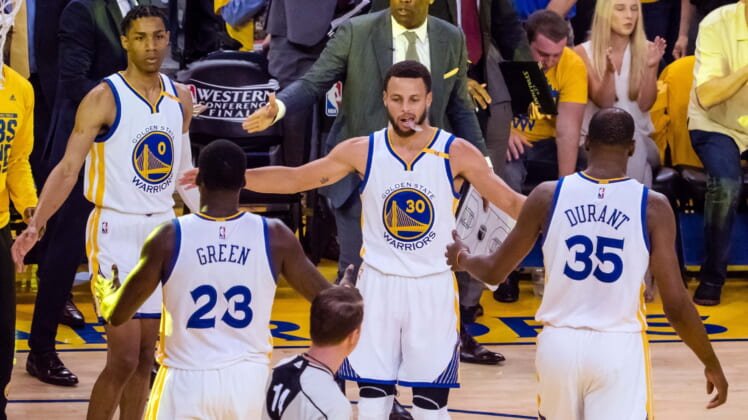 In what has to be considered the most shocking event of the young NBA season, the two-time defending champion Golden State Warriors will have two All-Star starters when the game takes place next month in North Carolina.

It was announced on Thursday that two-time reigning NBA Finals MVP Kevin Durant will join three-time champ Stephen Curry as starters for the All-Star Game.

#DubNation has two All-Star starters in that of @KDTrey5 and @StephenCurry30 pic.twitter.com/vEl7wr88CL

This will represent Curry’s sixth consecutive appearance in the exhibition game. Meanwhile, it will be Durant’s 10th career All-Star Game.

Despite some earlier-season struggles, the Warriors are playing some tremendous basketball. They’re currently in the midst of an eight-game winning streak — winning by north of 18 points per outing.

Curry and Durant have combined to average 57.3 points, 12.6 rebounds and 11.6 assists per game. The expectation here is that Draymond Green and Klay Thompson will join them as reserves in Charlotte.