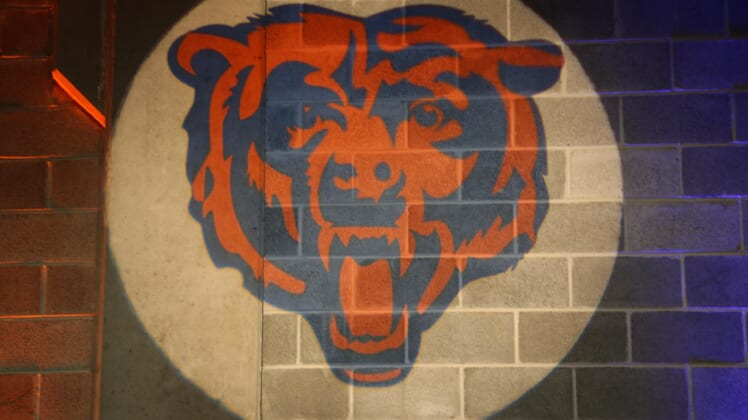 Sep 20, 2015; Chicago, IL, USA; A general shot of a Chicago Bears logo light prior to a game against the Arizona Cardinals at Soldier Field. Mandatory Credit: Dennis Wierzbicki-USA TODAY Sports

The Chicago Bears are going to unveil statues of Hall of Famers Walter Payton and George Halas outside Soldier Field on September 3, just ahead of the start of this coming season.

NBC Sports Chicago shared contents of an email sent by the team, with a statement from Chairmen George McCaskey:

“It is only appropriate that the father of professional football and the greatest player in the history of the game are being honored in this way, and perhaps no better time for the unveiling than as we kick off our centennial season. Thank you to the Chicago Park District, Soldier Field and SMG for their support throughout the process, and to sculptor Chad Fisher for his artistry in bringing his subjects to life.”

It’s the second statue the Bears have honored Halas with — the first being unveiled at Halas Hall in 2015.

Payton’s wife, Connie, also shared her thoughts on this honor:

“I know Walter would be humbled to have this honor bestowed upon him, just as Jarrett, Brittney and our entire family are. To say that I am enthusiastic about unveiling this statue to the city of Chicago is an understatement. What a proud moment for all of us and the city of Chicago. We’re not just Chicago Bears fans, we’re family.”

Quite honestly, it’s about darn time that Payton was recognized in this fashion.

Elected into the Pro Football Hall of Fame back in 1993, Payton is still considered to be one of the greatest running backs of all-time and was instrumental in helping the Bears win Super Bowl XX.