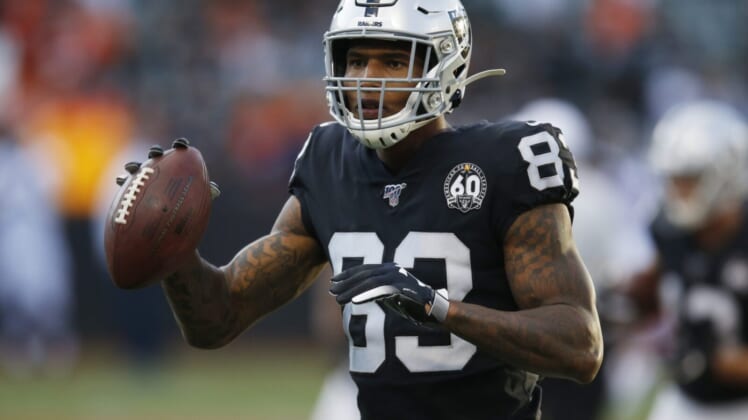 While both Raiders rookie running back Josh Jacobs and resurgent tight end Darren Waller have been named Pro Bowl alternates, their snubs as starters show the Raiders have a long way to go to gain the respect of the league.

Waller, who is perhaps the best comeback story of the year in the NFL is the most perplexing.

Despite the unquestionable early greatness of Jacobs, he is a rookie which can sometimes earn the “you’re new kid” designation for all-star honors like the Pro Bowl.

But with Waller, not only did they get it wrong by not making him one of two starters for the AFC (the Chiefs Travis Kelce and Ravens Mark Andrews), but they missed an amazing opportunity to highlight a great human interest story and a testament to the NFL’s substance abuse program and its results.

Waller’s struggle and progress over his demons were well documented during the summer on HBO’s Hard Knocks where the complete story was first told. Waller then has come out and had a true Pro Bowl season on the field as well.

Someone has to explain to me – other than enjoying a halo effect thanks to quaterback Lamar Jackson – how Andrews is more deserving of the Pro Bowl spot vs. waller.

Let’s look at the numbers:

With the exception of more touchdowns – which Andrews benefits from being on one of the best teams in the NFL – how can you justify? Waller has been one of the best tight ends in the league and merits No. 2 status in the AFC. Unless having the most touchdowns is the be-all, end-all for Pro Bowl selection, I just can’t understand it.

While there’s no doubting Kelce is the gold standard in the AFC, and perhaps the NFL, he has just one more touchdown than Waller. He has more yards, et al, but Waller should be there ahead of Andrews.

The league got it right with both Rodney Hudson and Trent Brown, but Waller and Jacobs not getting the recognition was poor form.

In Jacob’s case, he clearly should have been invited over Mark Ingram of Baltimore. Ingram is one of the league’s best, and again, is benefiting from the media hype that is the Ravens and Jackson. But look at his numbers compared to Jacobs:

Again, was touchdowns the heaviest statistic weighted in the selection of Ingram?

Even with the snubs, both players might end up seeing the field as playoff starters and other players nursing injuries may yield to the young Raiders.