Wake Forest, VCU square off in NIT second round 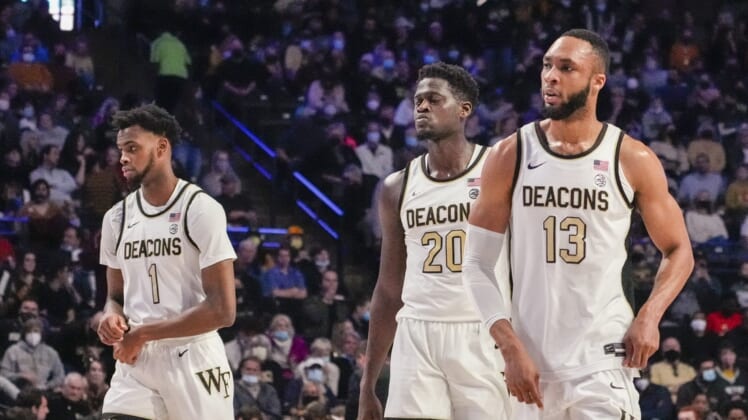 Second-seeded Wake Forest will look to continue one of the winningest seasons in school history when it hosts third-seeded VCU in the second round of the National Invitation Tournament on Saturday in Winston-Salem, N.C.

Wake Forest (24-9) is coming off a 74-64 victory over visiting Towson on Wednesday, marking the Demon Deacons’ first postseason win since 2010.

The victory was Wake Forest’s 24th of the season, its most since posting the same number of wins during the 2008-2009 season and just the seventh time in school history it won at least two dozen games in a season. Wake Forest won 27 games during the 2004-05 season.

Wake Forest, which led by as many as 23 points in the second half, won handily without much scoring from ACC Player of the Year Alondes Williams. He finished with just six points on 2-of-5 shooting, but he had five assists and six rebounds in 32 minutes of action.

“We have a lot of talent on this team,” Walton said. “For most of the season you got guys like (Alondes) and Jake usually carrying us as far as scoring goes. But that doesn’t mean we don’t have other weapons on this team.”

Vince Williams Jr., who averages team highs in points (13.6) and rebounds (5.9), posted his third career double-double with 17 points and a team-high 11 rebounds and six assists, with Jayden Nunn adding 13 points.

“Thought so many different guys on our team contributed and made some big plays as we went along,” VCU coach Mike Rhoades said. “And I thought we had a great, next-play mentality tonight. Where, they might’ve hit a 3 or it was a loose ball and they hit a 3 or something didn’t go our way — we just moved on to the next play.”