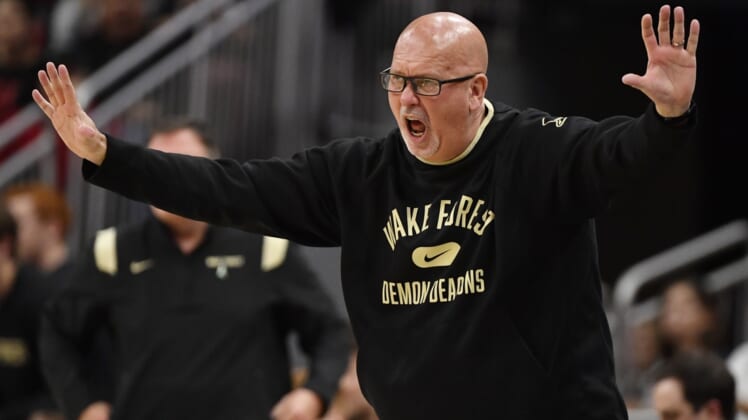 Florida State (7-5, 1-2) was unable to muster back-to-back conference wins following an 18-day layoff due to a COVID-19 outbreak on its team.

Down 9-3 early, Wake Forest used a 22-2 run over the next 10 minutes, which included a run of 17 unanswered points. Sy sparked the first-half surge with seven quick points which gave the Demon Deacons the lead for good.

Matthew Cleveland led the Seminoles with 13 points, but it was a poor overall offensive performance as FSU shot a dismal 24.2 percent (15-for-62) from the field despite going 20 for 25 from the free-throw line.

After a torrid start over the first four minutes of the game, Florida State went cold from the field and shot 7 for 31 (22.6 percent) in the first half.

The Seminoles’ top three scorers — Malik Osborne, Caleb Mills and Anthony Polite — were held to a combined 19 points and shot 5 for 29 from the field. Mills, who finished with 10 points, missed his first nine shots and went 2 for 13 overall.

The Demon Deacons outhustled the Seminoles for most of the contest and dominated on the glass. Wake Forest outrebounded Florida State 53-30 and attacked the rim, which resulted in multiple Seminoles players getting into foul trouble early.

Isaiah Mucius, who finished with nine points and eight rebounds, kept Wake Forest’s offense on track as it opened the second half on an 11-2 run and led by as many as 25 points. FSU drew no closer than 16 after halftime despite the Demon Deacons committing 22 turnovers overall.